Case Study: “Dear Manager, there’s some things I want you to know…”


door2door was in the fortunate situation of having several new employees joining in management roles, all within a short period of time. But that also posed a challenge for Erika Enberg, the company’s VP of Talent – she wanted not only to onboard folks into the company culture, but also to make sure they were in a position to succeed as strong managers.

“To do that (managers) need feedback from their team,” she said, “because that is the primary source to get really great feedback on where you’re doing a good job and where you need to improve a bit.”

The team at door2door was already using Small Improvements to set quarterly objectives and do regular performance management, but wanted to add in an extra element to make sure managers had the feedback in place to perform.

“All employees want feedback; I’ve never met an employee (at door2door) that said they didn’t want feedback,” said Sarah Höckner, PR and Communications Manager. “And so we want to create a culture that embraces feedback, and embraces that it’s a positive thing, so that we can all improve and grow together, because that’s what our startup is doing, too.”

Emma Fechney, Talent Business Partner at door2door, proposed the new process: “At door2door the growth of our people is paramount to our success. This means that we often see individuals stepping into the role of Manager for the first time. This fast learning curve and need for support can be hugely impacted by the function of feedback.”

With the implementation of Small Improvements, Fechney saw an opportunity for integrating manager feedback more formally into the continuous feedback culture. In a ‘Dear Manager’ cycle all managers receive direct feedback from their team members using the 360 degree function in Small Improvements. The goal is to provide both new and experienced leaders with valuable and actionable content to help supplement their personal development and subsequently, help their teams.

What is that then?

“It’s kind of a letter,” said Enberg, “‘Dear Manager, there’s some things I want you to know.’ It’s genuine and it comes from the heart. And the managers have the opportunity, after they’ve received the feedback, to have a session with the person who gave the feedback.”

While managers are used to giving their team members feedback, it’s not as common to have honest and transparent communication going the other direction. But, said Uli Strötz, a door2door team lead and software developer, it’s a wasted opportunity not to capture that input.

“As a manager, I really want to know what my team thinks about me,” Strötz said. “I’m giving them feedback on a regular basis, in addition to work and tasks, and I want that we have a positive atmosphere in the team. I spend a lot of time with my team, so they’re going to provide the best guidance we how I can improve.”

“After we presented the feedback to our manager, she sat all of us down so that we could explain our position and then discussed how she could best improve as a manager,” said Höckner. “It made us feel really good as employees to know that our opinions are valued.

The impact of upward feedback is raised self-awareness and consciousness of blind spots. While it takes an open mind and a controlled ego to hear it – as well as a safe space for team members to speak openly – the result is well worth it.

“Overall it’s a great tool for our leadership team, because we can also see the feedback for managers as well,” Enberg said. “That means we can check out their strong points and see some things they maybe need to work on.”

door2door seeks to revolutionize urban transport through a dynamic and innovative ride-sharing platform, driven by demand for transport rather than prefixed routes and schedules. For more information, check out www.door2door.io 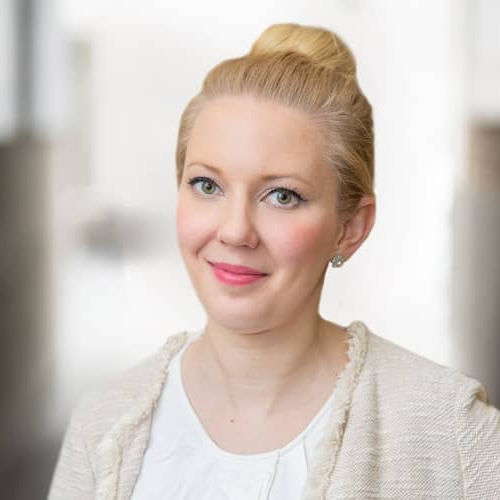