We set ourselves a goal in early 2017 to fix some annoying bugs and functionality issues associated with some of our features.

One of those pesky UI/UX flaws had to do with the “editable until” field for performance reviews within Small Improvements, and how its relationship to the “sign by” field. The problem appeared when admins would set an earlier date for edits than for the signature.

When the “editable until” deadline passed, the review would lock, meaning it was impossible for both manager and reviewee to sign the review. 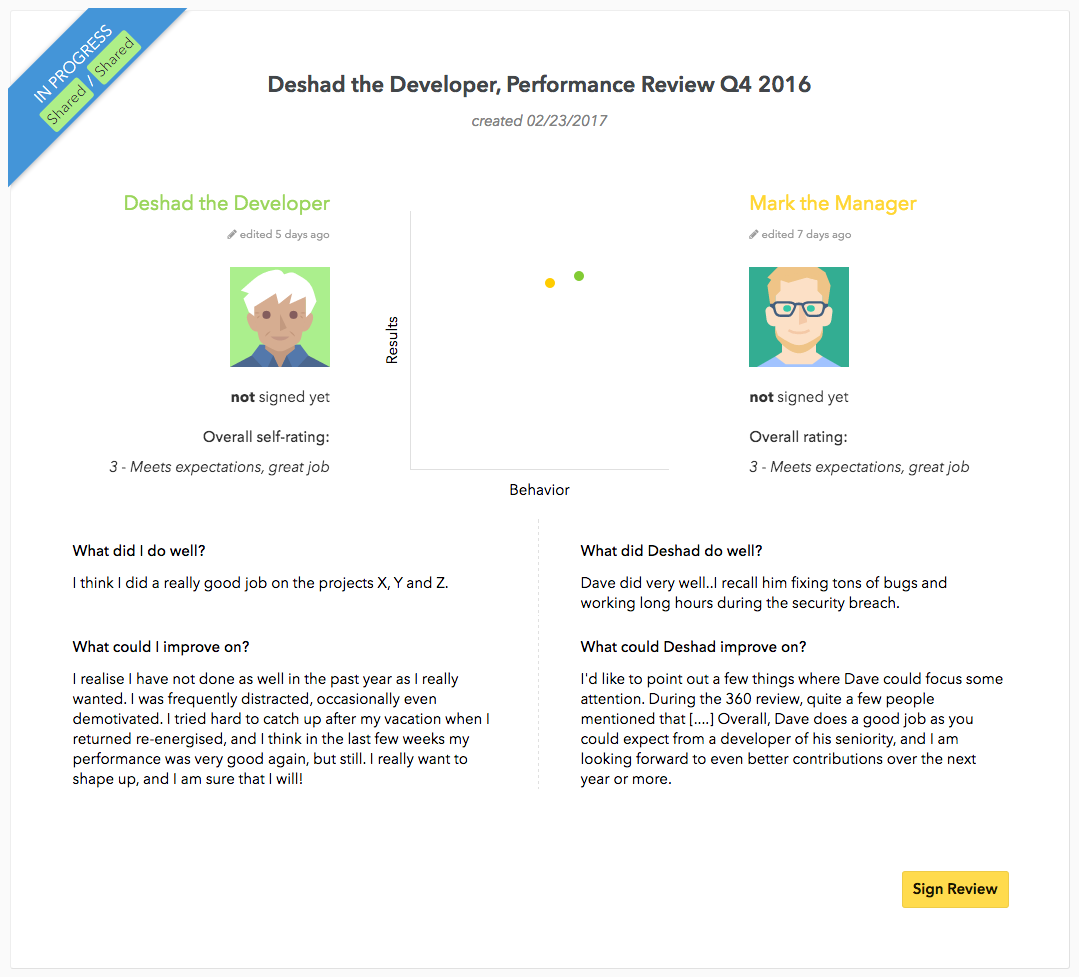 Mark the Manager can now sign off on a Performance Review, regardless of whether it’s been locked down.

We needed to take action. So we made some tweaks and now it’s possible for both the manager and reviewee to sign off on a review, even after it’s been locked down.

We understood more flexibility and clarity was needed here in our performance review software, and appreciate everyone who provided feedback.